I had the luck to arrive on Monster and Commander on its very first day, and have worked on it continuously for more than a year and a half. This was an incredible opportunity to grow artistically, as in the first months the only artist on the team was me. I then directed new artists until production began, when there was a need for me to center on character design, production and animation, as the content needed to be massive.

The first idea for the game's assets was to bake high-definition 3D onto 2D planes. I experimented a bit in the first weeks. 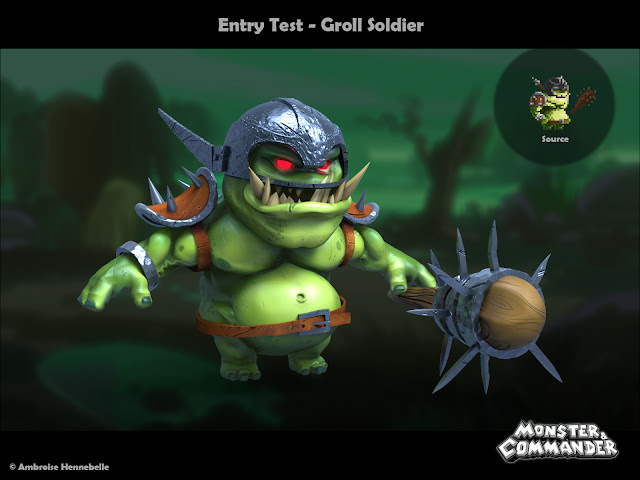 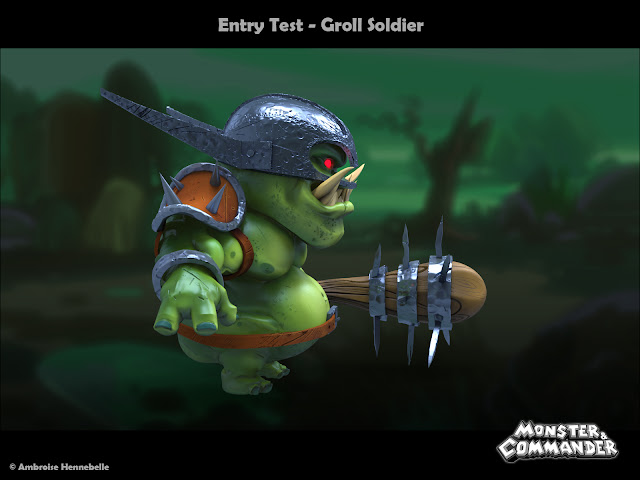 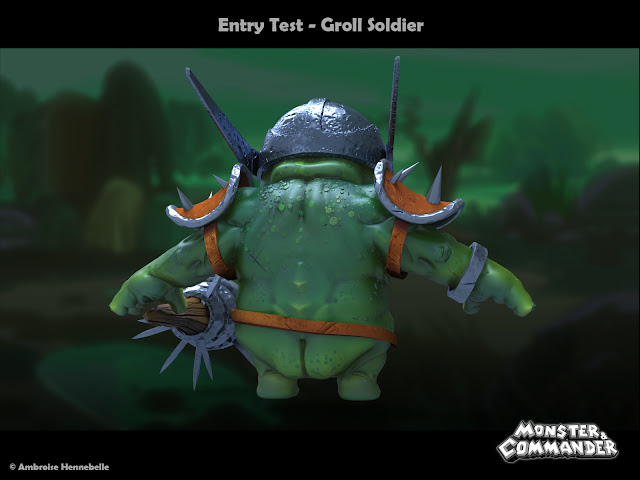 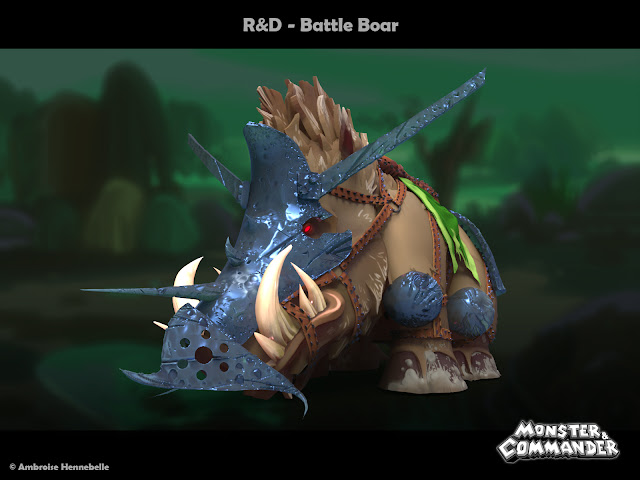 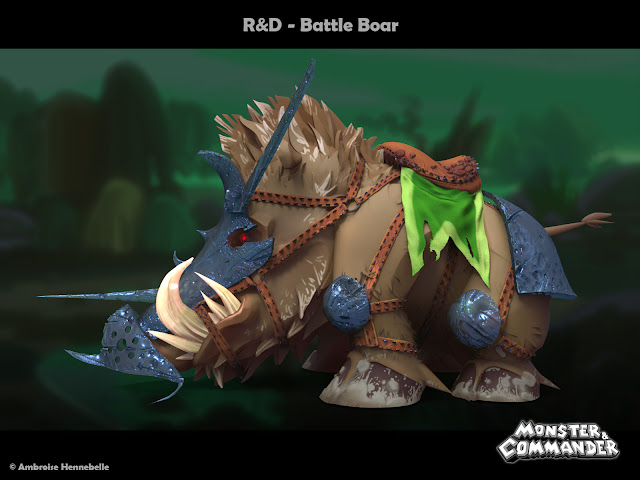 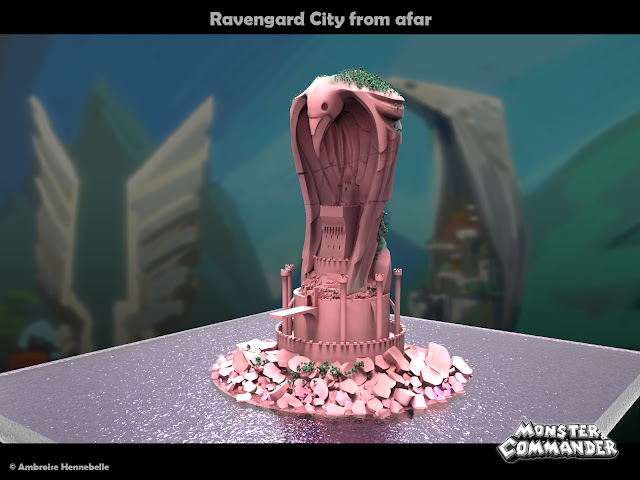 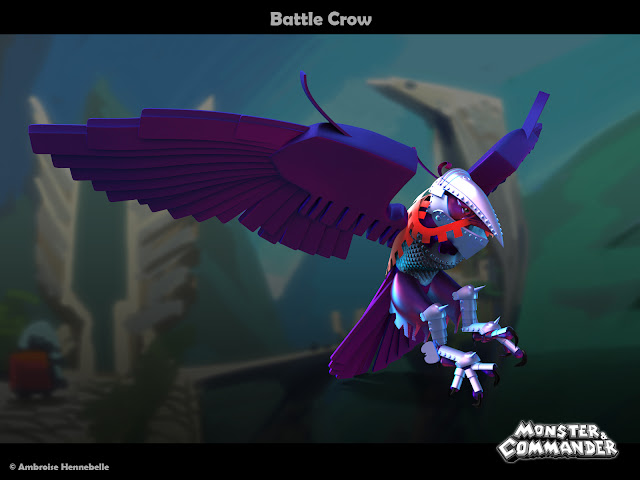 The game's world was meant to be huge and well-thought, so we took a lot of time getting it together. Here are some artworks I did. 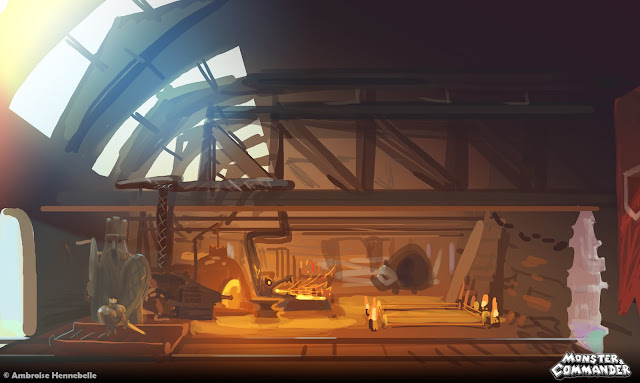 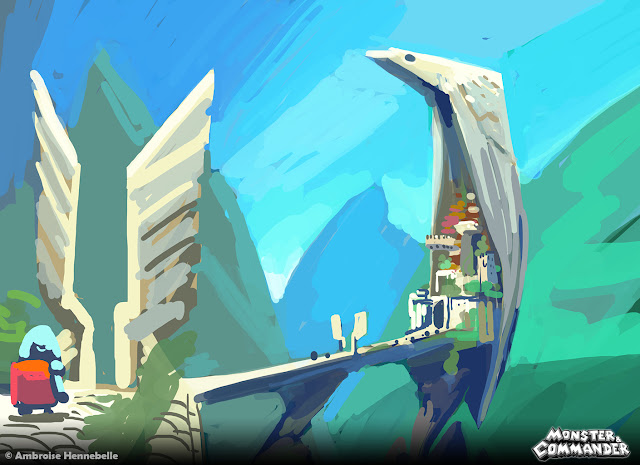 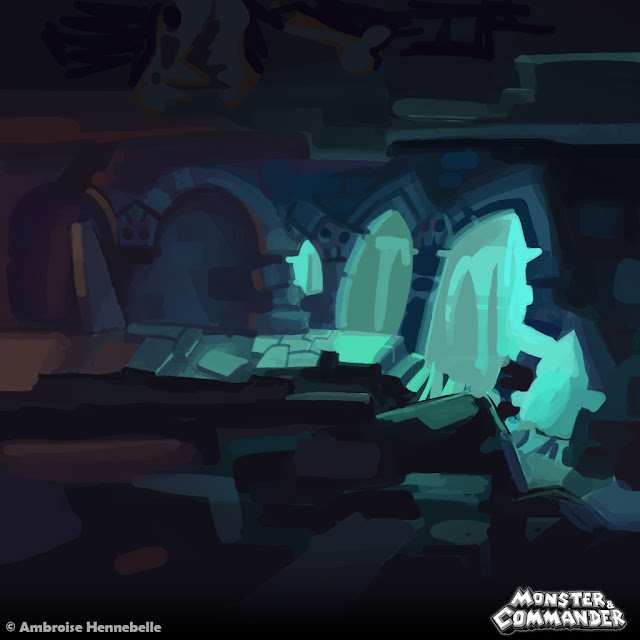 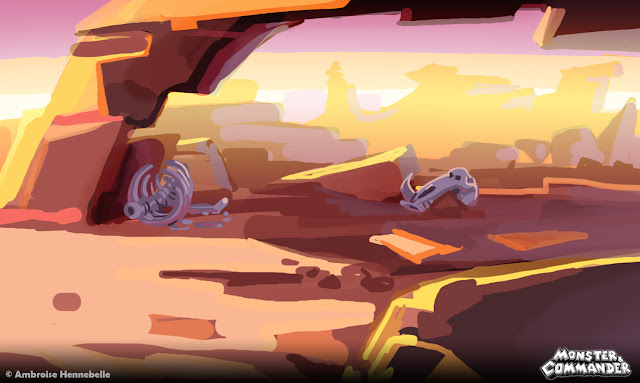 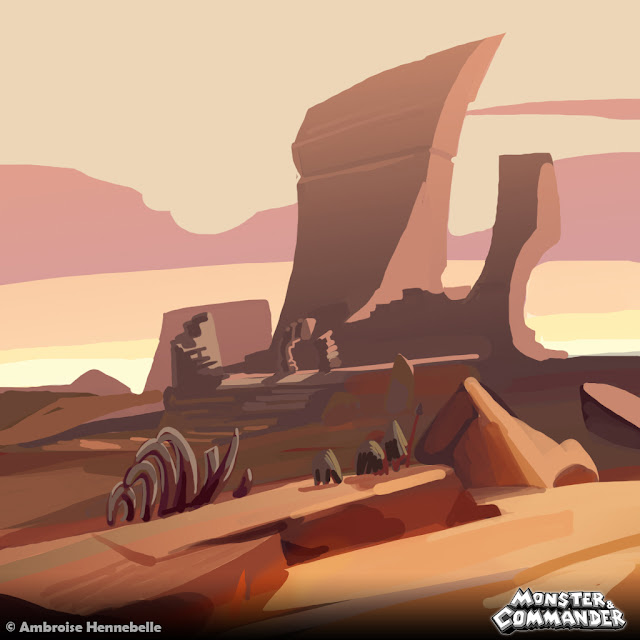 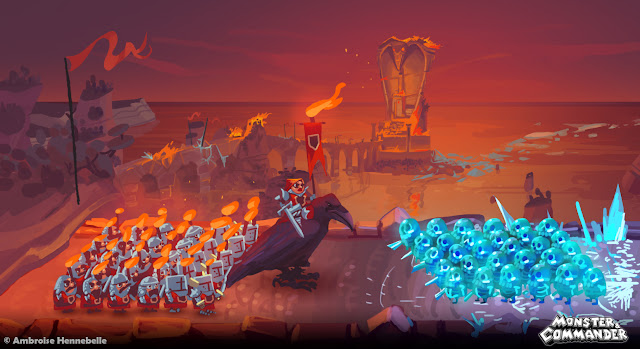 Really, the bulk of my work at Oh Bibi. You'll just see a few here, because a *drastic* selection was needed, but there are 300-400 of them in total.
All of this was made in Photoshop, and animated with Spine.

Among the characters of the game, I did all the units, cutiezens (little guys) and heroes (big guys) , but not the giant beasts (seen in "Animation") , masterfully executed by Hadrien Gouedard  ( http://obeyurnapster.unblog.fr/ ).

While the units are each their own little self, heroes are all made on the same basis, allowing, through modularity, thousands of possibilities! 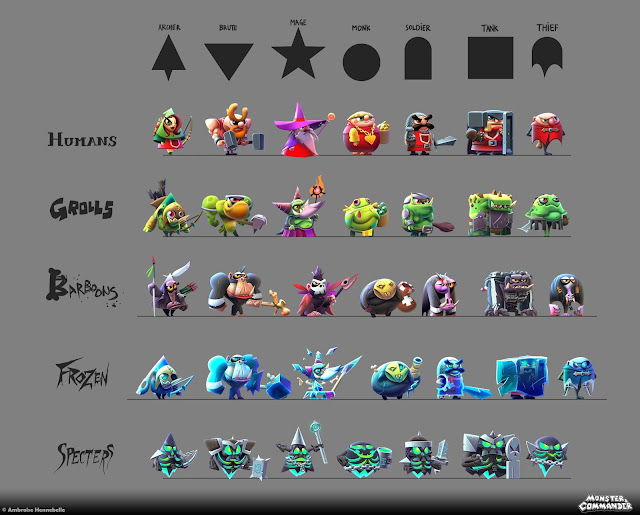 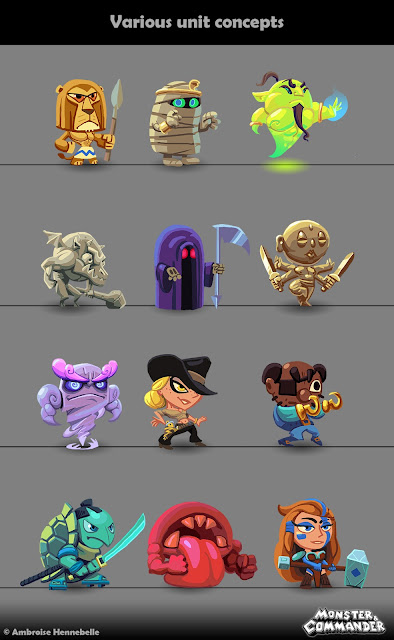 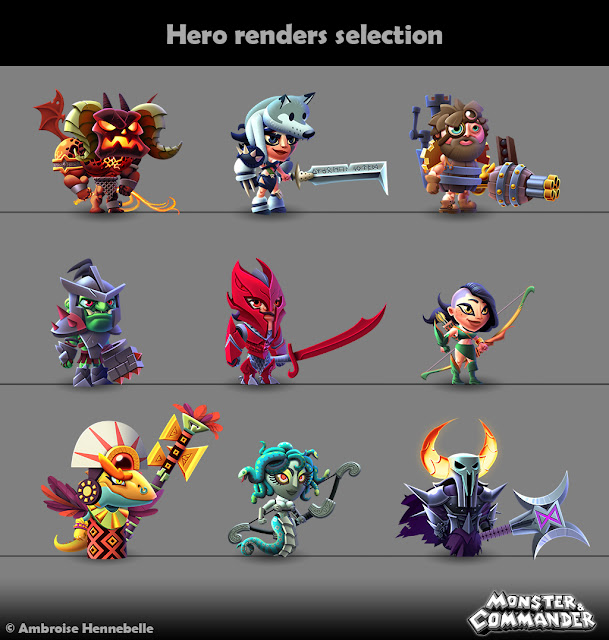 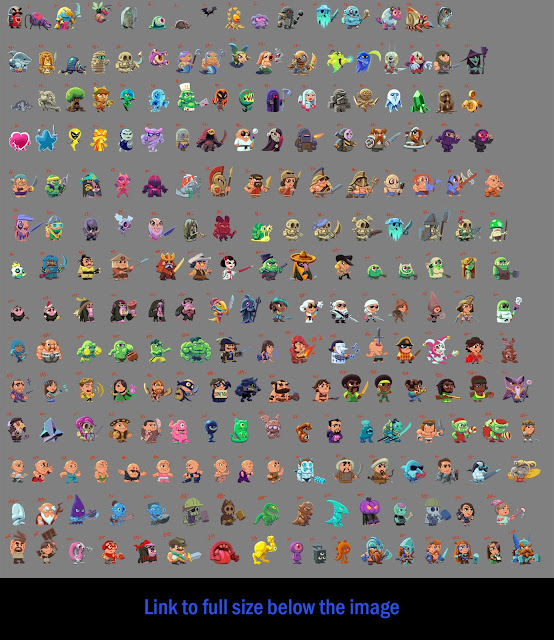 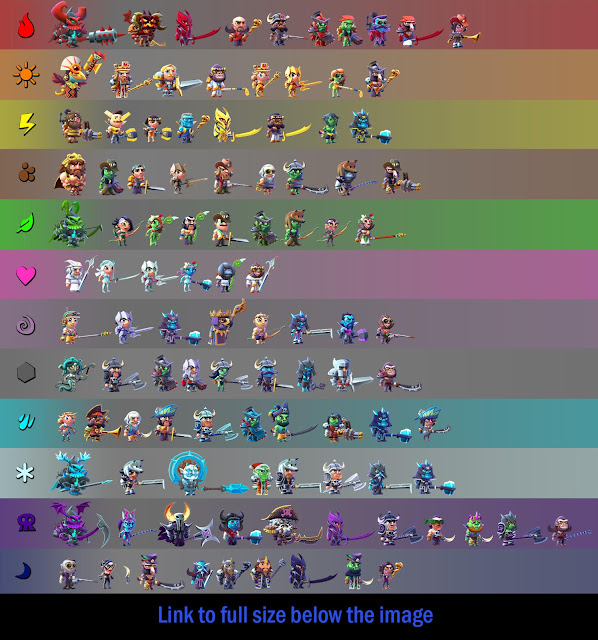 
At some point in the project, there was a talk about unique giant bosses which would be neither unit, hero nor beast. For now all that we have are those concepts, which allowed me way more freedom and that I definitely enjoyed making even more than the rest :) ! 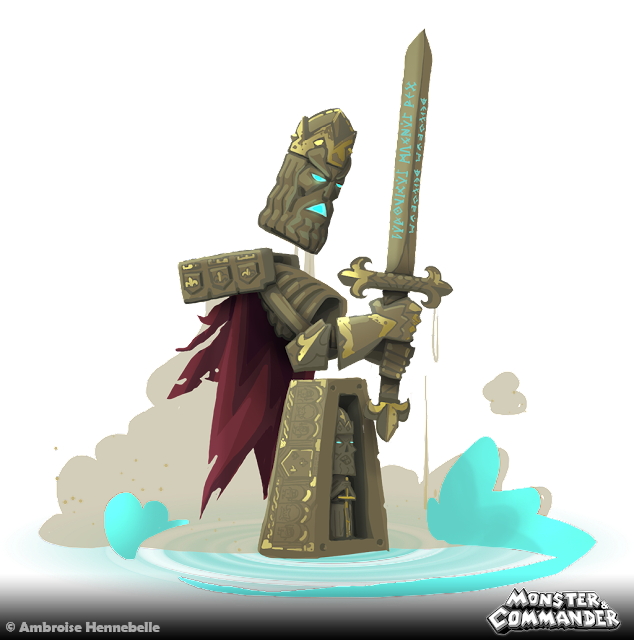 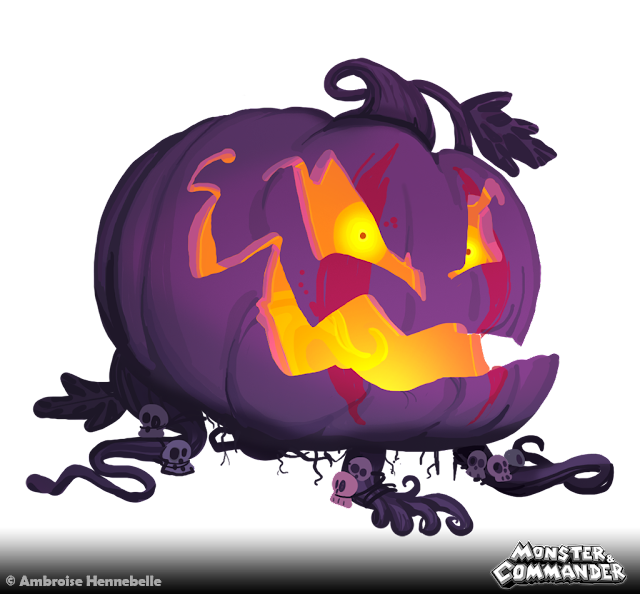 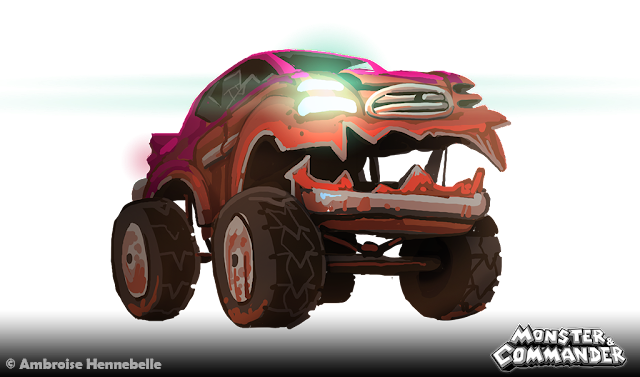 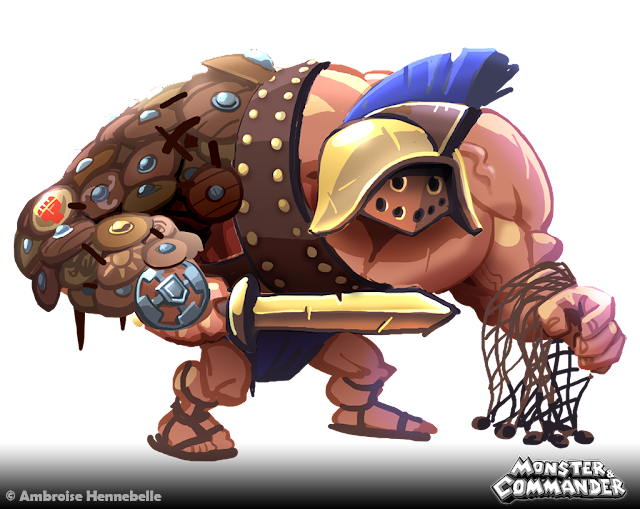 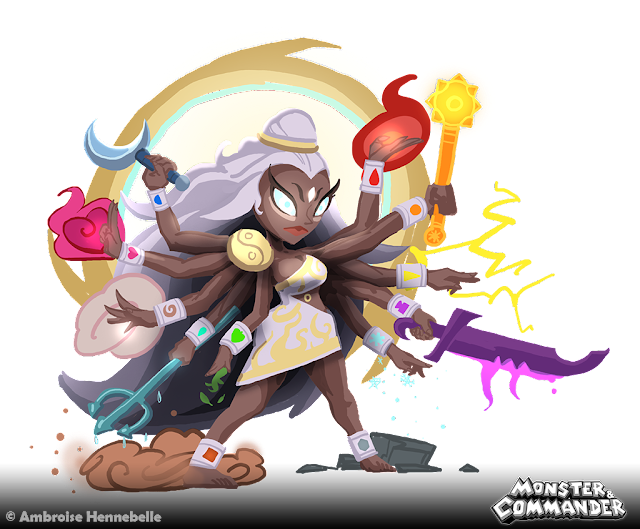 And of course, once these little characters are produced, they still need life to be breathed into them. I'm not specialized in animation, but with a little time wonders of dynamism can be reached:

...All right, maybe we need something that moves a little more.

Anyways, thank you for having browsed this page!!! I hope that you enjoyed what you've seen. I wanted to share so much more, but here I look at the lenght of this page and find there's almost too much^^. So if this teased your appetite, don't forget you're able to see all these assets and way more in Monster and Commander!

Mostly bits of work that I did on my free time on this project.

-The wallpaper that never was : somewhere around first launch, I did this to boost the morale of the devs hard at work. 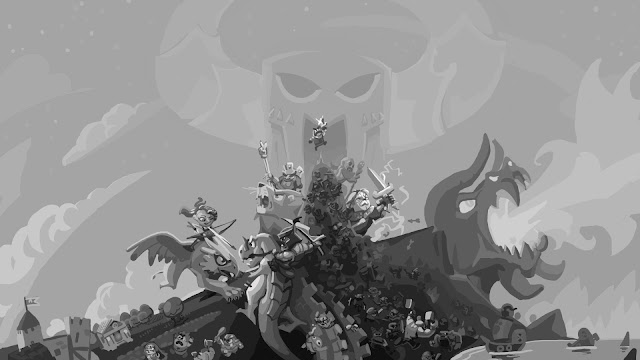 -This is a present I did to a colleague and friend who was leaving. 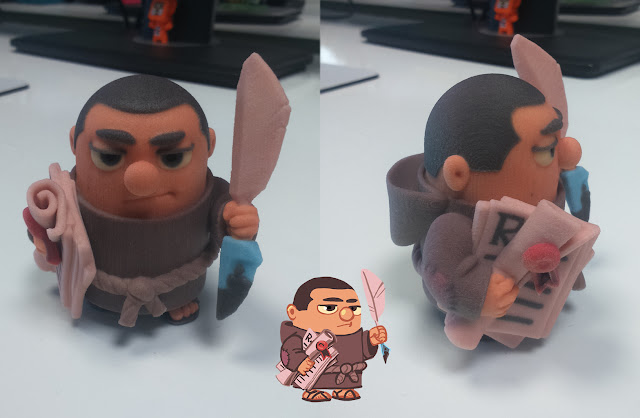 -Some concept banners for events that never existed : 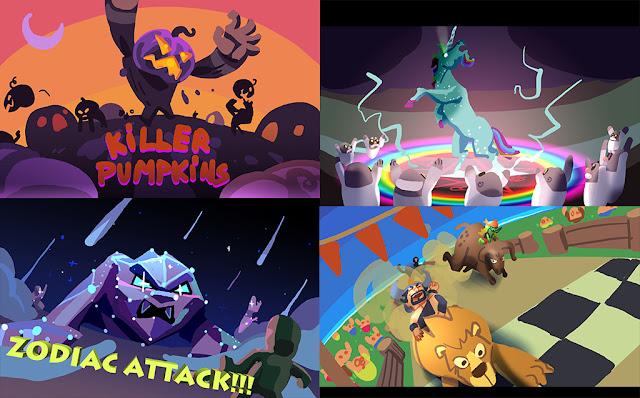 -And lastly, documents! (hierarchy wasn't fond of documents but I couldn't let the guys do without them^^) 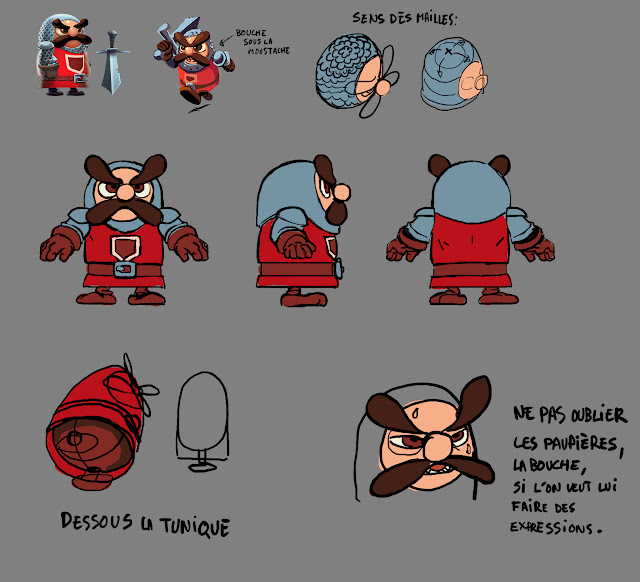 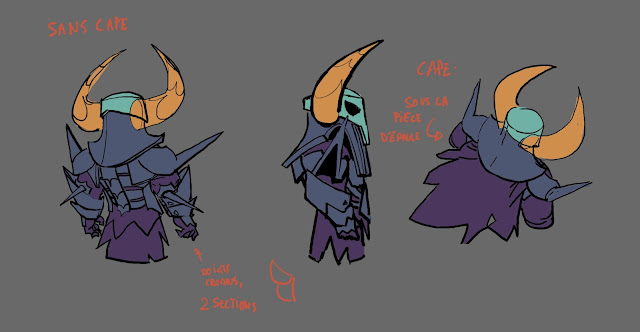